Use of this site means you accept its terms and conditions. 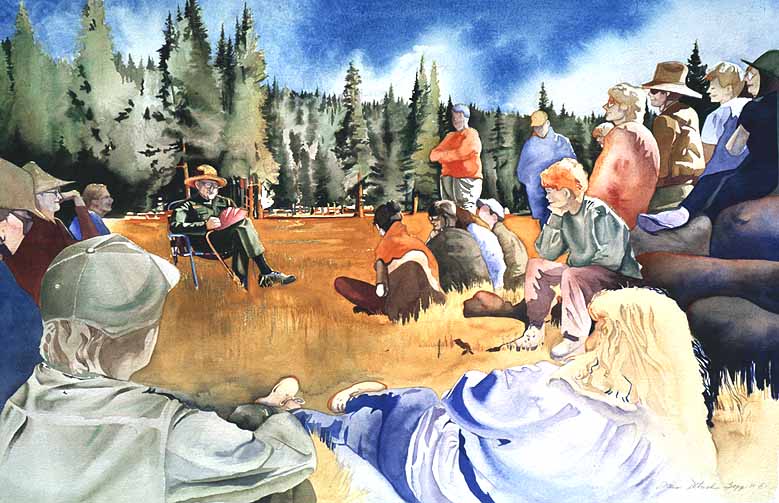 Carl at work in a later year, with admirers. Watercolor by Diane Detrick Bopp at www.yosemitemusic.com, used with permission.

Some supporting statements were sent by their authors directly to the Board on Geographic Names; copies of these may or may not appear here.

click on names in blue text below to exit www.sharsmithpeak.org and go to www.name4carl.org to view full documents and further biographical information of supporters

Additional statements may have been sent directly by individuals to the Board on Geographic Names.